In our last study concerning music used by Christians (David Cloud Makes Up Scripture), we noted that critics of contemporary music throw out the words "worldly" and "carnal" and "sensual" while failing to define these biblically. We looked at the use of "sensual" in Ephesians as Paul implored believers not to walk according the way of the Gentiles.

I wrote in part:


Men may miss the works of the flesh listed by God because men often substitute their
own opinions. This tendency of man clouds his view of scripture because it appeals to his flesh. (We will look at this in our next study.)


In this short follow-up, I want to quickly look at the works of the flesh as they given to us in scripture. We looked at this section of scripture in our series on walking in the new nature. You can review that HERE.

Galatians 5 lays out for us the works of the flesh. In fact, the Holy Spirit tells us these are "evident" [Greek: phanerós - apparent, plainly recognized, shining forth].

Now the works of the flesh are evident, which are: adultery, fornication, uncleanness, lewdness, idolatry, sorcery, hatred, contentions, jealousies, outbursts of wrath, selfish ambitions, dissensions, heresies, envy, murders, drunkenness, revelries, and the like; of which I tell you beforehand, just as I also told you in time past, that those who practice such things will not inherit the kingdom of God. [NKJV]

Let's also use these translations so we can have a clear understanding of these sins.

And manifest also are the works of the flesh, which are: Adultery, whoredom, uncleanness, lasciviousness, idolatry, witchcraft, hatred, strifes, emulations, wraths, rivalries, dissensions, sects, envyings, murders, drunkennesses, revellings, and such like... [Young's Literal]


We see some clearly carnal things in here. Sexual sin, drunkenness, witchcraft, jealousy, murders, dissension, rage, selfishness, etc. Yet the critics of CCM such as David Cloud and Way of Life melt "sensuality" and "wordliness" down to the backbeat used in contemporary music. Of course, this is purely speculation on his part and an argument which starts with the conclusion he seeks. Sometimes the critics place their arguments on silly things like music played to plants, etc. Again, these are appeals to the carnal mind looking for justification. They are not biblical arguments.

We know from elsewhere in Paul's warnings that the love of money is behind all sorts of evil (1 Tim 6:10). As Petra was playing concerts in the 1980s and giving altar calls, men like Benny Hinn and Jimmy Swaggart and Jim and Tammy Bakker were fleecing God's people with hymns. The Catholic Church, for centuries, was home to the worst debauchery you can imagine. Popes and Cardinals with mistresses. Rape, incest, pedophilia was commonplace.

Do you want to see the fruit of sexual sin? Look no further than these. Jim Bakker, Jimmy Swaggart, The Mormons, the Catholic Church... all connected to wicked sin we dare not even mention. Shall we blame the hymns? How did their suits and ties and hymns and "sacred traditions" protect them from sensuality? It's all nonsense, but an argument which appeals to pride and to the flesh.


To suggest that CCM bands like Servant or White Heart were producing what these hymns-only, "Christian" ministries produced is to ignore the facts and seek only that which you want to find. Show some clips of drugged out hippies in San Francisco in 1967 at a rock concert and suggest that the same thing happened at all Contemporary Christian festivals. That's the trickery of those who spread slander and the wisdom of men as bible truth. Utter nonsense.

I attended Creation Fest in Pennsylvania in 1986. Creation Fest is a four day Christian music festival featuring multiple artists. While I have an issue with a number of things taught by some of the teachers, I can report that it was hardly like Haight-Ashbury! I attended the festival again in 1992 and I purchased a very conservative book from the book tent. In that crowd were Christians from the progressive to the conservative. The music neither created nor destroyed either.

The more I meditate on this topic, the more I see through the carnality of the accusers. I see "rage" and "envy" and "hatred" and "idolatry" and in some corners "debauchery" and "sexual sin." Latin chants and classical music could not contain the flesh (and still do not), yet the scripture is some contemporary music has changed lives for Christ. I've seen it countless times.

That is not to say there is no room to examine contemporary music. As with all things, we must test the doctrines. We must "convince, rebuke, exhort with all long-suffering and doctrine." But to sit back declare contemporary music itself "sensual" is not only lazy, it's unbiblical. It appeals to the flesh and plays on the emotions of the weak. Can we find sexual sin in CCM? Sure. But as we've noted, we can find gross, rampant, horrifying sexual sin among the hymn users (and among the classical composers upon whom many of the hymns are based).

Satan's wiles are clever. His subtlety is in presenting to the flesh that which puffs it up and makes it feel "holy." While the works of the flesh are "evident," his tricks are not. He presents himself as an "Angel of Light" and his ministers are "the ministers of righteousness." Satan stands in the pulpit, not at the local bar. Satan's churches are "sacred" places. They are "solemn" places. Even the unbeliever "feels God" when he enters.

Test all things. Don't be lazy and just believe contemporary = carnal, the Lord wants us to be more discerning. And just because the guy selling you this simplicity is wearing a tie and listening to "In My Heart There Rings A Melody," it doesn't mean a thing. If that matters to you, you may be carnal. You may be washing the outside of the cup while the inside is still filthy.

“Woe to you, scribes and Pharisees, hypocrites! For you are like whitewashed tombs which indeed appear beautiful outwardly, but inside are full of dead men’s bones and all uncleanness."

“Now you Pharisees make the outside of the cup and dish clean, but your inward part is full of greed and wickedness."

Beware the Angels of Light: 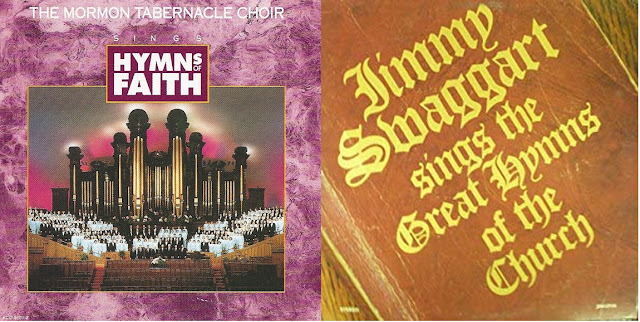